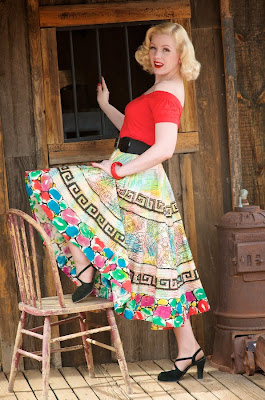 I headed out to Goldfield Ghost Town last Saturday with my friend and photographer Matt Carson, as the weather promised to be perfect, and we decided a western shoot would be a fun shooting adventure. The weather certainly delivered—it was cool and overcast—and we had a blast there. I'd never been to Goldfield, a mining camp that began in 1892 and faded away in 1898 when the gold dried up; the town had a brief resurgence in the 1920s before finally dying in 1960s. Goldfield Ghost Town was created in the 1970s to give people a taste of what the Old West was like. We also stopped at the Superstition Springs Museum, which is home to the only two buildings that remain from Apacheland, a movie studio built in the 1960s that was sadly destroyed by a fire in 2004, and the Mining Camp Restaurant, which opened in 1961. I enjoyed our tour so much I brought my Sweetie there the next day to go horseback riding (sadly, I forgot my camera, but suffice it to say that I was probably the most dolled up trail rider they'd ever seen. I do think my horse Max appreciated my efforts, or at least the scratches I doled out!)

Anyway, I put together two glamorous western outfits befitting the Hollywood past of these locations--the first is one of my all-time best scores, a 1940s-50s corduroy bolero jacket and matching skirt embroidered with brown and tan 'flames' (I found the set at Buffalo Exchange on my lunch break one day, the two pieces had been separated and I nearly screamed out loud when I found the skirt and then the matching jacket.) The second is a colorful hand-painted and sequined Mexican skirt, paired with a red off-the-shoulder top by Bettie Page. I wore both with a trusty black cinch belt and my newest purchase, fab black suede 40s platforms from my dear friend Annie.

I supposed I've chattered enough, so on to the photos! 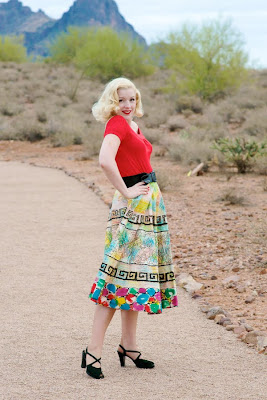 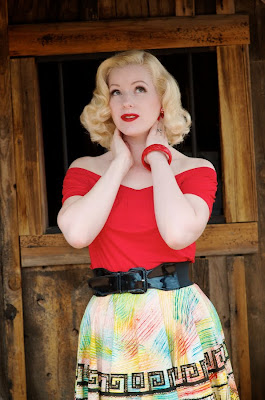 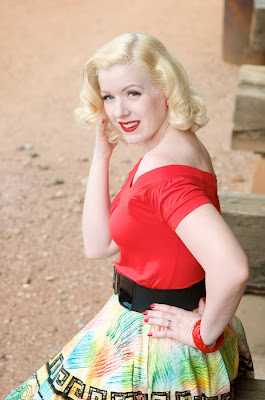 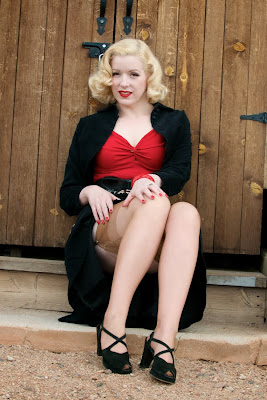 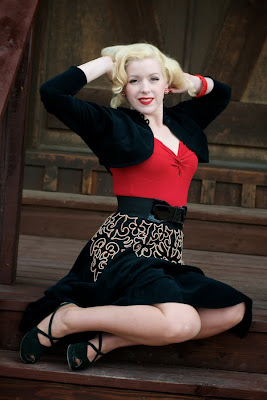 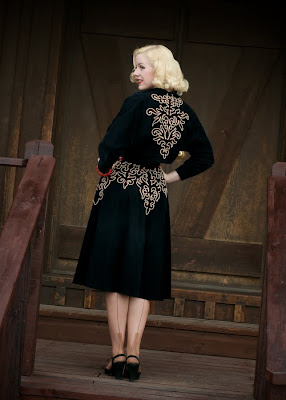 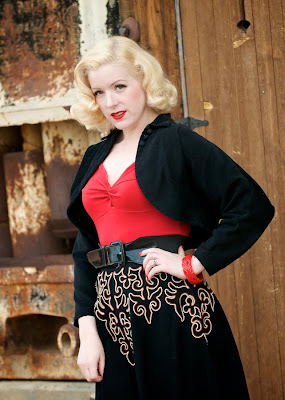 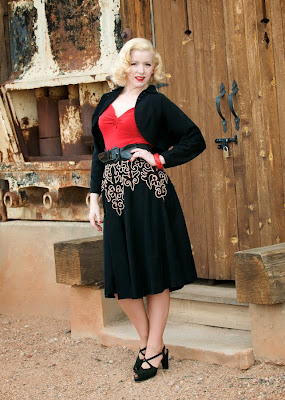 Posted by Jitterbugdoll at 8:04 PM